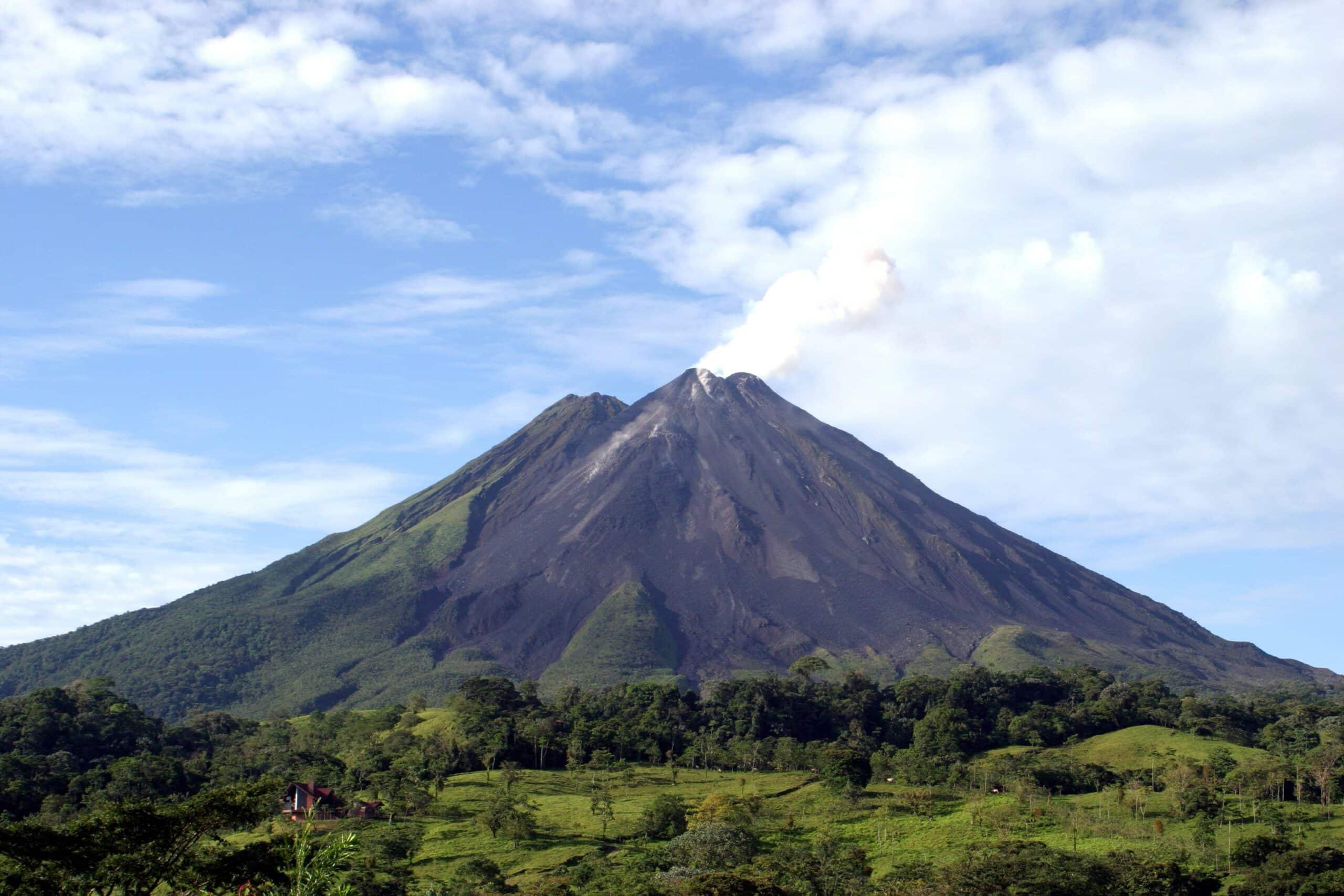 Arenal Volcano is an active volcano in north-western Costa Rica around 90 km northwest of San José, in the province of Alajuela, canton of San Carlos, and district of La Fortuna. The Arenal volcano measures at least 1,633 metres high. It is conically shaped with a crater 140 metres in diameter. Geologically, Arenal is considered a young volcano and it is estimated to be less than 7,500 years old. It is also known as “Pan de Azúcar”, “Canaste”, “Volcan Costa Rica”, “Volcan Río Frío” or “Guatusos Peak”.

Activities Popular to this location:

Hiking
The volcano’s split personality reveals its good side from the small town of La Fortuna where centuries old rainforest crawls up the eastern slopes. Beside the volcano lies its dormant cousin, Cerro Chato, covered in a layer of equally thick rainforest that’s been growing since the volcano’s last eruption some 38,000 years ago. Hikers ascend through the undergrowth to a crater lake – nearly a mile in diameter. Nearby, the roaring cascade of the La Fortuna waterfall passes over Cerro Chato before plummeting 200 feet in a spectacular display seen from one of three viewpoints around the falls.
On the western slopes of Arenal volcano, its black heart has spilled out over the mountainside, the cooled magma a reminder of three towns it destroyed in the 1968 eruption. In the Arenal Volcano National Park, travelers can hike through the volcanic badlands in-between the rainforest and the pioneer forest where tall grasses and twisted trees begin the forest’s regeneration. Standing on top of the 1968 lava flow, hikers can look out across Lake Arenal, spot toucans perched in the tree tops and see incredible views of the volcano.

Hot Springs
While relaxing in the hot springs around Arenal, it’s easy to forget that the pleasantly warm mineral waters come from boiling underground wells and thermal springs. Each of Arenal’s resorts offers a different ambiance to enjoy the thermal waters. World famous Tabacon Hot Springs features a thermal river for guests to soak in while Ecotermales provides an intimate hot spring experience in the middle of the rainforest, or join in the party at Baldi, a collection of more than 25 pools, saunas and Jacuzzis that include three waterslides.

Adventure Sports
For adventure, Arenal packs more in per square inch than anywhere else in the country. Visitors can reach speeds of 50mph, zip lining between the treetops and over valleys with views of the volcano and Lake Arenal. Down below, kayakers, anglers and stand up paddlers enjoy the calm, glassy waters of the lake’s eastern end while windsurfers and kiteboarders enjoy the wind swept-lake’s western end. Meanwhile, wakeboarders and water skiers find reprieve from the wind jumping between wakes in the coves and inlets around Lake Arenal.
Waterfall rappelling takes visitors deep into Arenal’s rainforest hiking through gorges, wading through streams and rappelling down waterfalls – one over 200 feet tall. Whitewater rafting is among the other popular tours available, taking visitors through class II-IV rapids on one of three different rivers in the area.

Wildlife
Floating downriver at the Cano Negro Wildlife Refuge, or along the Penas Blancas rivers on a safari tour, wildlife enthusiasts are sure to spot some of Costa Rica’s most adored critters including two- and three-toed sloths, howler monkeys, white-faced monkeys, green iguanas, caimans, crocodiles and the amazing green basilisk lizard that runs across the surface of the water. 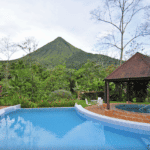 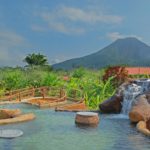 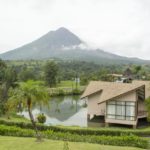 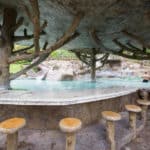 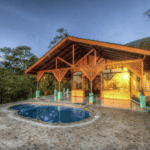 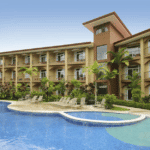 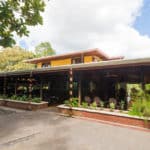 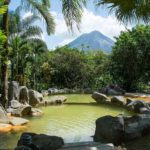 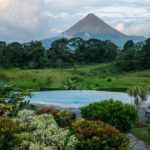 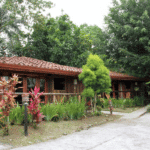 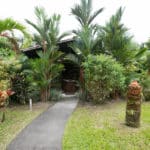 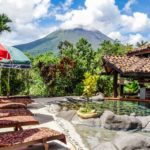 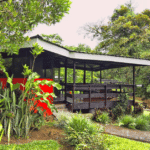 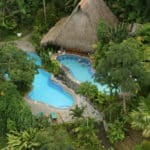 The Lost Iguana Resort and Spa 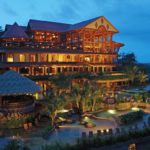 The Springs Resort and Spa 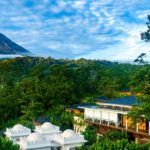