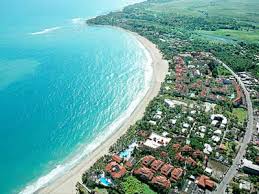 The city sits on land that rises abruptly from the sea making it almost completely visible from the port. It is bordered on the north by the Atlantic Ocean and to the south and southwest by the hill Isabel de Torres.

The small bay around which the city was built provides a natural harbor. Puerto Plata is the largest city on the northern seaboard. Its subdivisions include: El Cupey, Maimón, Los Mameyes, Sabana Grande, El Toro, Tubagua, Yásica Abajo and San Marcos. The mountain, Isabel de Torres, is situated some 5 km to the southwest of the city of San Felipe. Geographically it forms part of the Cordillera Septentrional, reaching a maximum height of 800 m above sea level. It is possible to drive to the top of the mountain by following the highway Don José Ginebra. The highway, upon leaving the city, continues west passing the populated areas of San Marcos, Piedra Candela and El Cruce arriving at a paved section that continues southeast and then leads directly to the top. The area surrounding Loma Isabel de Torres has been declared a National Monument with an area that covers approximately 20 km2. At the summit, there is a tropical botanical garden covering about 7 acres (28,000 m2), featuring 600 varieties of tropical plants. 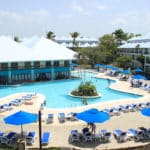 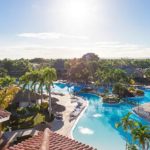 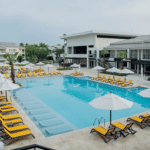 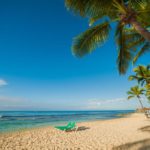 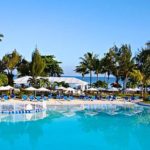 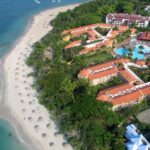