Puntarenas; is the capital and largest city in the Province of Puntarenas, on the Pacific coast of Costa Rica.

Things to Do
Aerial Tram
Take in the panoramic vistas on an open-air gondola while gently ascending through the rainforest canopy. At the Rainforest Aerial Tram Pacific, situated south of Puntarenas on the outskirts of Jaco, visitors can choose from several combo-tours that include a tram ride plus a canopy tour, or a stroll through the park’s serpentarium and heliconia flower garden.
Bird and Wildlife Watching

Day trips to Carara National Park, one of only two areas in Costa Rica where scarlet macaws are endemic, are highly recommended. Look out for sloths, agoutis, ocelots, toucans and white-faced monkeys as well. Marking the northern border of the park, the Tarcoles River boasts one of the planet’s largest populations of American crocodiles.

There are five adrenaline-pumping canopy tours in the Puntarenas area, each offering dramatic views and thrilling rides. Excursions can include combinations of an aerial tram ride, zip-lines, suspension bridges, rappel lines and Tarzan swings. Soar through the rainforest at breakneck speeds; the longest zip-line in the area spans 2,400 feet and towers 130 feet above the ground.

The warm waters off the Central Pacific coast offer phenomenal sport fishing year-round. Charters from Caldera and Jaco offer pick-up in Puntarenas. Offshore fishing is typically done 15-30 miles out, and anglers regularly pull in sailfish, marlin, mahi mahi, wahoo and tuna. Inshore fishing is done near reefs, river mouths and estuaries where roosterfish, snapper, mackerel and snook are common. Single and multi-day packages are available to suit just about any budget.

There are several surf shops in and around Puntarenas, where you can gear up and rent a surfboard. The best breaks are had at Boca Barranca, a beach seven miles south of Puntarenas and home to the third-longest left break in the world. 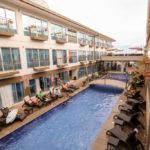 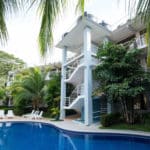 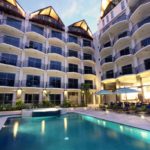 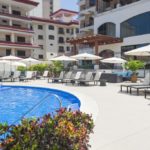 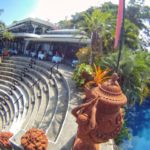 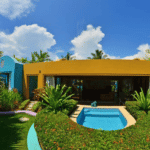 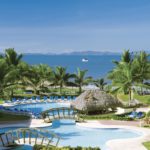 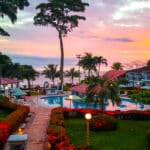